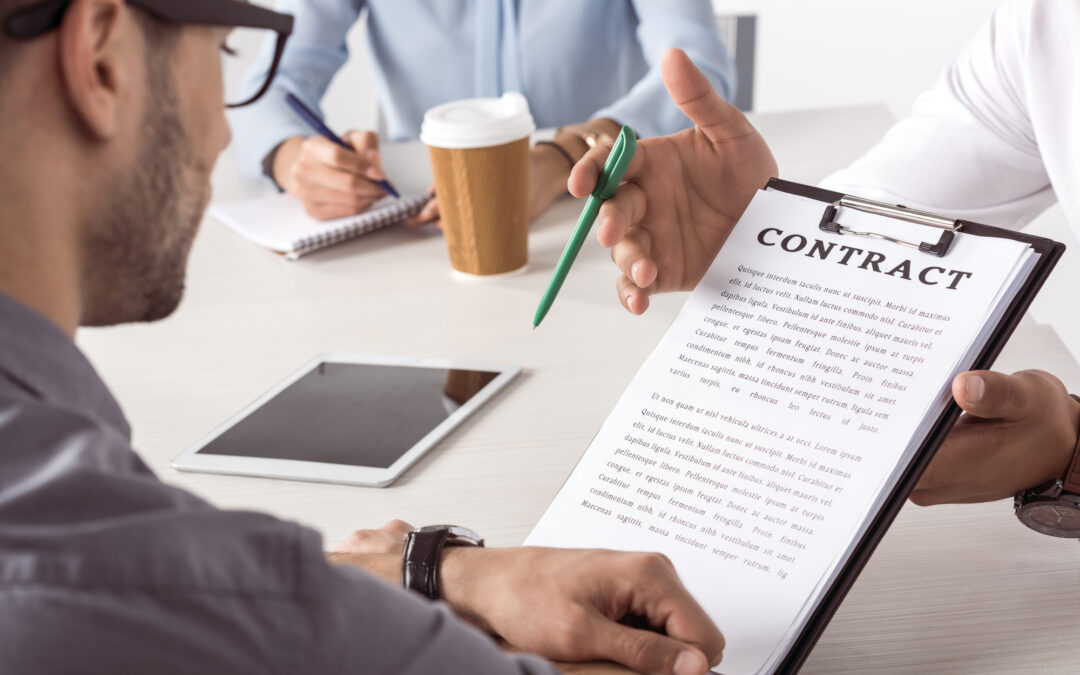 HERE IS WHAT YOU NEED TO KNOW:

Negotiating the terms of a contract is an integral part to any business or employment agreement as it will control the rights and obligations of each party throughout the relationship of the parties. But what should a solid contract include?  Here is a guide on the top 10 ways to protect yourself once you have reached an agreement in principle and want to put it down to writing.

Get it in writing.

Deal with the right person.

Spell out all of the details.

Agree on circumstances that terminate the contract.

Agree on a way to resolve disputes.

Pick a state law to govern the contract.

Often, when one business hires another to perform a service, the other business will become privy to sensitive business information. Your agreement should contain mutual promises that each party will keep strictly confidential any business information it learns of while performing the contract.

The Van De Water Law Firm, P.C. specializes in contract drafting and negotiation. We will protect your interests in all manner of contracts, whether it be the sale of your business or negotiating the terms of any employment contract.  You can contact us for a free consultation at 516 (400-4142) or (631) 923-1314.  Visit us on the web at  https://chrisvandewater.com/