Christopher L. Van De Water focuses his practice on employment, labor and business law, where he proactively and aggressively represents all manner of clients in litigation and negotiation in all areas of employment law, including wage and hour matters, sexual harassment, discrimination, retaliation, professional contracts, Title VII of the Civil Rights Act, the Americans with Disabilities Act, the Family and Medical Leave Act, and numerous other types of employment-based litigation and disputes. He has over 20 years of litigation experience and has successfully tried numerous cases to verdict in both State and Federal court.

In his own words, Chris’s education truly started at Chaminade High School, where he proudly continues to be involved in their alumni network.  Chris then went on to pursue a dual degree of Economics and Business Management at Cornell University, where he rowed for the Lightweight Crew Team and was a proud member of Phi Sigma Kappa. He then went on to study Labor Law at Hofstra University School of Law where he served as an Editor of the prestigious and nationally renown Labor Law Journal. Chris also served as an Assistant Attorney General within the New York State Office of the Attorney General’s Law Enforcement Division during Andrew Cuomo’s tenure as Attorney General, as well as an Assistant Corporation Counsel in New York City’s Special Federal Litigation unit defending the City against the infamous “Mafia Cop” cases.

Do You Need Legal Help? 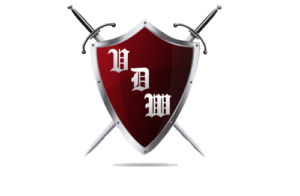